Carter Walton in THE BOLD & THE BEAUTIFUL has officiated many weddings, but the handsome lawyer was never allowed to be the groom! The character first appeared on the soap opera in 2013, and Lawrence Saint-Victor has played him on both a contract and recurring basis ever since. And while he’s been going through quite a dry spell for a while, he has a little too much love in his life right now!

Carter came to Los Angeles to visit his adoptive brother, Marcus Walton, who introduced him to his wife, Dayzee Leigh. When Carter discovered some papers, Dayzee admitted that she had helped Maya Avant put her baby up for adoption years ago, and now she wanted the child back. Carter helped Marcus and Dayzee locate the baby’s adoptive family, only to discover that they had all died in a car accident. Carter then found a job as a patent attorney at Forrester Creations.

Carter began dating Maya, not realizing that she had previously dated Rick Forrester until she found out he had lied to cover up his true identity. But the feelings were still there and Caroline Spencer urged Carter to go after Maya to keep her away from Rick. He also officiated his first wedding, one of Liam and Steffy’s numerous trips down the aisle. Caroline planned to get Carter and Maya together as the stars of a web series called ROOM 8, and scenes of them making out in front of the camera successfully made Rick jealous.

When Rick didn’t show up at the ROOM 8 premiere, Carter slept on Maya’s couch, but Rick got the wrong idea and slept with Caroline. After Maya officially left Rick, Carter presented her with a new script, which was his cute way of proposing. However, while they got engaged, Maya was in no hurry to walk down the aisle. However, Rick and Caroline did tie the knot and Carter officiated at the ceremony!

After learning that Maya had seduced Rick in the steam room, Carter called off the engagement, but later offered Maya advice when she struggled to fix things with Rick and learned that she was a transgender woman. He also supported Maya when her story went public and urged her to reconcile with Rick. In addition to conducting various weddings, Carter has worked as a lawyer for the Forresters, defended Sally Spectra when she was arrested for grand larceny and industrial espionage, arranged for Steffy to adopt a baby, who turned out to be Liam and Hopes, and much more.

Carter let Maya know that he still had feelings for her and would be there for her if things didn’t work out with Rick. More recently, he’s become close to Zoe Buckingham and while he couldn’t approve of her rushed relationship with Thomas Forrester, he agreed to officiate their wedding as well. And when that ceremony exploded when Thomas’ true intentions (to use Zoe to make Hope jealous) were revealed, Carter offered Zoe his support as she got back on her feet. Of course, sparks started to fly between the two when the conversations turned flirty!

However, when Zende Forrester returned to Los Angeles from Paris after the failure of his marriage to Nicole, it seemed like Carter had competition for Zoe’s heart. But Carter wasted no time in expressing his feelings, invited Zoe to move in with him and very soon popped the question! She accepted but ended up throwing herself at Zende, causing an enraged Carter to call the whole thing off!

Zoe desperately tried to apologize and when Carter still wouldn’t forgive her, she hired Quinn Fuller to convince him to give her another chance. However, when Quinn appealed for Zoe, she also opened up to Carter about her own marital issues with Eric Forrester. And while she insisted she wanted to fix their marriage, Quinn seemed mightily flirty every time she caught Carter undressing! And while they continued to chat about their relationship woes, the two ended up falling into bed together! They swore it wouldn’t happen again, but it just kept happening!

After declaring the affair a mistake and confirming it was over, Carter recommitted to Zoe by proposing to her again, and she happily accepted. But he and Quinn fought to resist each other and their secret got out! Shauna Fulton tried to claim she was the woman Carter was dating when Zoe almost met her, but Paris Buckingham found out the truth and wanted to tell her sister. Eventually they convinced her to keep quiet, but when Brook heard the truth, she interrupted Quinn and Eric’s vow renewal to force them to confess!

Quinn refused, so Carter stepped forward and admitted that Quinn was the one he slept with, not Shauna. He then planned to quit his job at Forrester, but Eric – although furious at the betrayal – allowed Carter to stay… as long as he never had anything to do with Quinn again! Easier said than done, however, and Carter and Quin kept sneaking around, eventually professing their love for each other. But when Eric tore up the divorce papers and wanted Quinn back, Carter was heartbroken. However, he was later stunned when Eric revealed that he couldn’t sexually please his wife and suggested that Carter should be the one to do it!

Carter and Quinn tried to resist but ended up using the free pass. However, when they were caught in the act and their arrangement with Eric was exposed, things got even more complicated and Eric realized that was not the solution. Carter then befriended Katie Logan but felt she was unavailable as well as she and Bill still had a connection. After he tipped off Paris Buckingham that Zende was going to propose to him, she thanked him with a kiss!

Despite claiming to be just friends, Carter and Paris continued to make out, which caused a problem when her mother, Grace Buckingham, caught her and refused to let Carter ruin another daughter’s life. She ordered Carter to break off the relationship, but Paris defied her mother and slept with him anyway. Carter advised Paris to accept if Zende proposed again, but Zende gave her permission to date Carter instead. Carter pushed her away, insisting they had no future together, privately admitting to Quinn that he was still not over her. Although Quinn was determined to remain faithful to her husband, she also cautioned Carter against dating Paris unless he genuinely loved her. 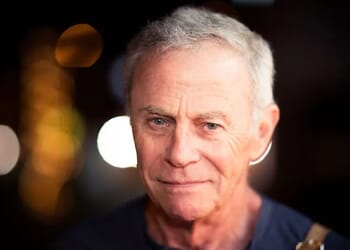 What happened to Robert Scorpio at General Hospital? 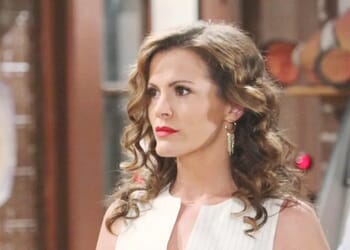 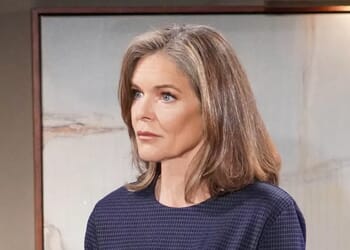 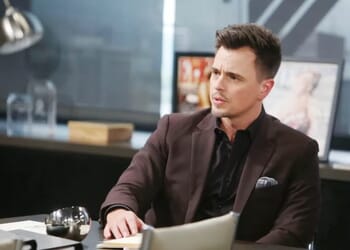 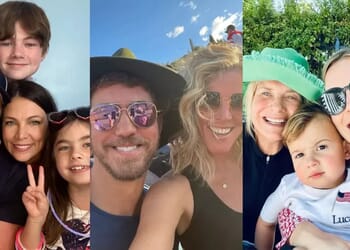 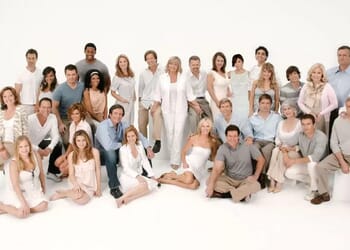