204
Shares
Facebook71Twitter53Pinterest25Email21
ReddIt5Tumblr3WhatsApp12Viber2
Everything she touches turns to gold, and her collaboration with Serendipity ice cream is no exception.

You may know Selena Gomez from her pop music, acting or executive producing, but did you know she’s also in the ice cream business? That’s right – the former Disney Channel star has been an investor and co-owner of the iconic Serendipity Ice Cream since 2020. And while Gomez, who received a kidney transplant from her best friend in 2017, follows a healthy lifestyle, she also leaves room for sweet treats. And we’re not just talking about her collaboration on BLACKPINK’s song “Ice Cream.”

As if her resume wasn’t impressive enough – did we mention she has her own beauty line, Rare Beauty? – Gomez is also a strong and vocal advocate for mental health. Now she has partnered with Serendipity to donate 1% of every ice cream purchased to the Rare Impact Fund in support of mental health.

“Raising awareness about mental health is something very personal to me,” Gomez said in a press release. “I am so proud that Serendipity Brands has committed to supporting the Rare Impact Fund and helping people gain much-needed access to mental health resources.”

And so, in celebration of both National Ice Cream Month and a good cause, I tried out Selena Gomez’s ice cream for myself. I was already familiar with Serendipity’s famous desserts, which have made it a bona fide institution in New York City since 1954, so I had high hopes. And these flavorful ice creams exceeded them all.

1 There’s a variety of flavors.

Serendipity is anything but your typical chocolate soft serve place. From Forbidden Broadway Sundae to Unicorn Bliss Sundae, the flavors are just fun, and every bite was new and delicious. It turns out, that’s very intentional. “Each Serendipity ice cream flavor is inspired by the iconic desserts and sundaes served at Serendipity3 since 1954,” Serendipity3’s Chef Joe Calderone told Eat This, Not That! exclusively. “[We’re] known as a place that doesn’t play it safe when it comes to recipes, which is why we decided to turn the fun we love about food into ice cream flavors.”
And what’s Gomez’s favorite? Well, we have to assume it’s her own flavor, the Cookies & Cream Remix. But Calderone says she’s also a big fan of the Frrrozen Hot Chocolate (which the restaurant is quite famous for) and the Birthday Cake flavors. And with her 30th birthday coming up on July 22, we wonder if she’ll be spooning in the latter this weekend.

As for my favorite flavor, I have to go with Friends Central Perk Coffee Almond Fudge. With thick fudge swirls and dark chocolate covered almonds, I may or may not have eaten the entire pint in one sitting. (I did.)

Maybe that’s why eating spoonfuls of this ice cream in my living room didn’t feel so different from ordering an ice cream sundae at the restaurant in New York. “Serendipity ice cream is unique in that it is a sundae in a pint. The super-premium, ultra-creamy ice cream contains bits, chunks, and swirls of incredible add-ins that set it apart from the competition,” Calderone said. “Our Birthday Cake Ice Cream flavor, for example, is not just a cake flavor, but also contains pieces of cake and frosting swirls, making it a real experience for dessert lovers.”

3 You can order it whenever, wherever.

Can’t make it to NYC tomorrow? No worries, because Serendipity ships this stuff anywhere in the US. The ice cream was sent to me in a cooler with dry ice that kept it cold. Is it cheap, $40 for a four-pack of ice cream? No. Is it worth it? Very much so.

4 These pints make a difference.

Yes, the ice cream is delicious, but Gomez and Serendipity also made sure it had an impact. “We believe in our co-owner Selena’s mission to destigmatize mental health and want to make it a point to support and raise awareness of resources for as many people as possible,” Calderone explains. “It has been our goal from day one to bring serendipitous moments into people’s daily lives, and through this partnership we are able to expand this concept in a way that makes a delicious difference with a big impact.”

It’s safe to say that I will be filling my freezer with Serendipity ice cream, and I highly recommend having one for yourself. Try it during National Ice Cream Month, or whenever you like – the partnership with the Rare Impact Fund continues year-round. 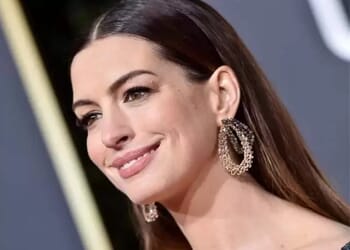